Monika Kaden has been commissioned to execute some monumental bronzes that have garnered much attention.

One of her most compelling bronze sculptures is of Saint Francis of Assisi, which is installed at the lower entrance of the Christus St. Vincent Regional Medical Center in Santa Fe, N.M.

Kaden often includes the writing of text on her sculptures such as phrases of her subject, relevant poetry or own philosophical thoughts.  On the tunic are exerpts from the Canticle of Brother Sun, Sister Moon written by Saint Francis, along with philosophical thoughts from the diary she kept during the time she was researching the life of the Saint.

Her portfolio includes a seven feet tall monument of Pope John XXI who headed the Catholic Church and ruled the Vatican City from 1958 until his death in 1963. More than 50 years after his death he is enormously popular and widely admired as a man of goodwill, holiness and vision.

During Kaden's research as a guest of The Vatican, she was fascinated by Pope John XXIII thoughts and writings, (he had convened the Second Vatican Council), "which were designed to assess the church's role in rapidly changing world." (Huffington Post 2012/10/11) "It was time to open the windows and let in some fresh air", Pope John XXIII repeatedly announced.

Kaden's respect for this outspoken Pope's interest in modernizing Catholicism, fueled her interest in pursuing the commission and to eventually accept the project.

Click HERE to read "Almost a Saint" in AmericanCatholic.org.

The artist, as is her style, was involved in every aspect of the execution of the massive sculpture, from the early sketches to months of research at the Vatican, to the final casting and finishing of the monument.  The bronze has writings of Pope John XXIII, who from his early teens, maintained a diary of spiritual reflections that was subsequently published as "Journal of a Soul".

A stylized and gestural "Dancer"- mid-dance - balancing on a large ball, 3 feet in diameter and a "Bow" are monumental pieces Monika Kaden created in recent years. Despite heavy materials Kaden's art work expresses a lightness and joyful happiness.

The artist has developed her unique, classic contemporary style through her wide-ranging life experiences and her deep love for her profession. 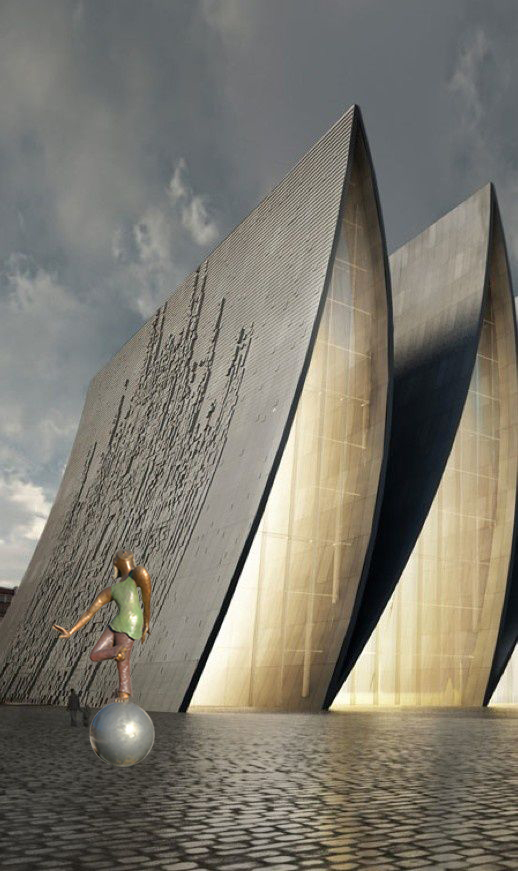 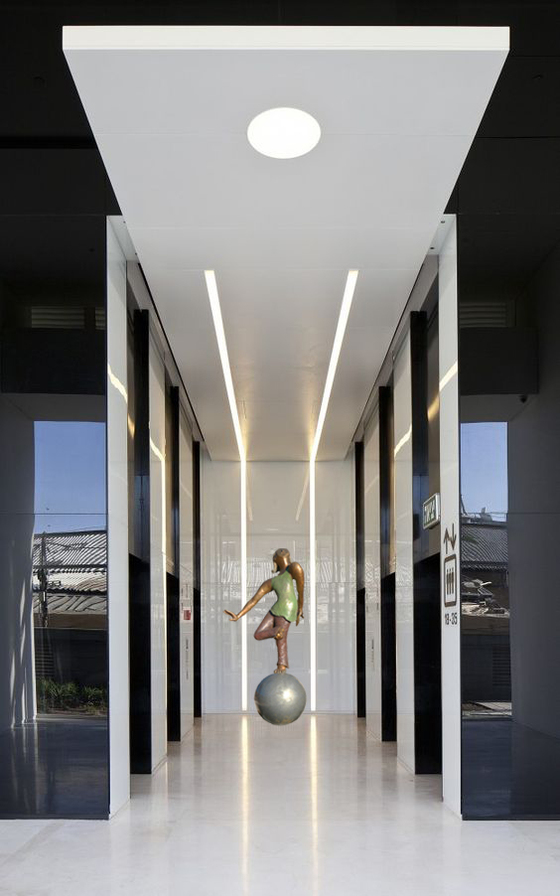 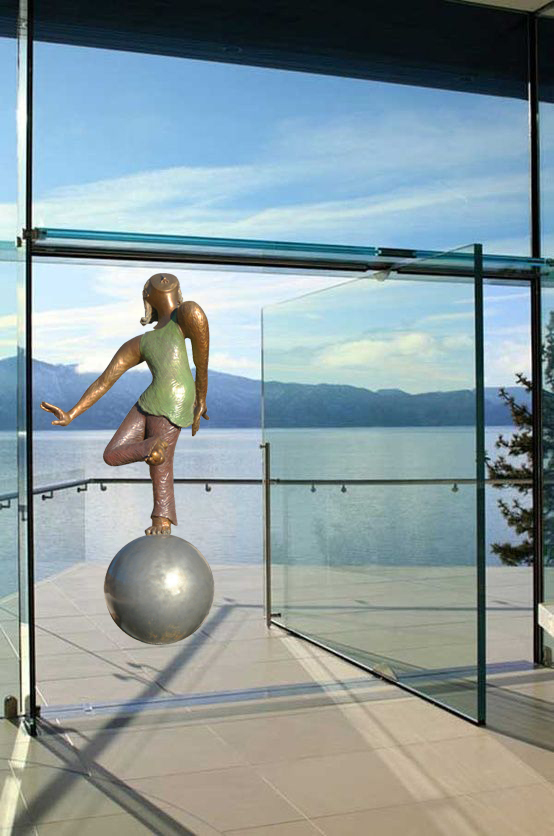 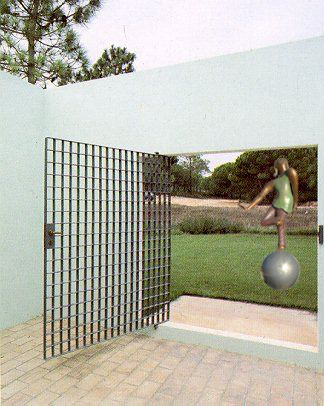 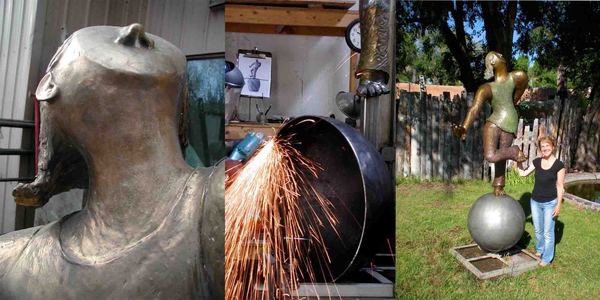 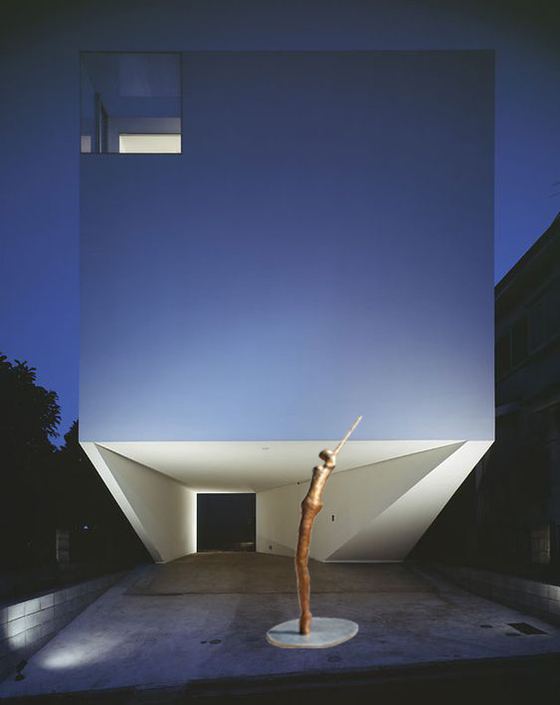 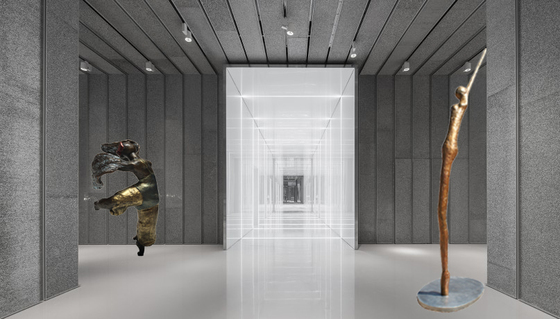 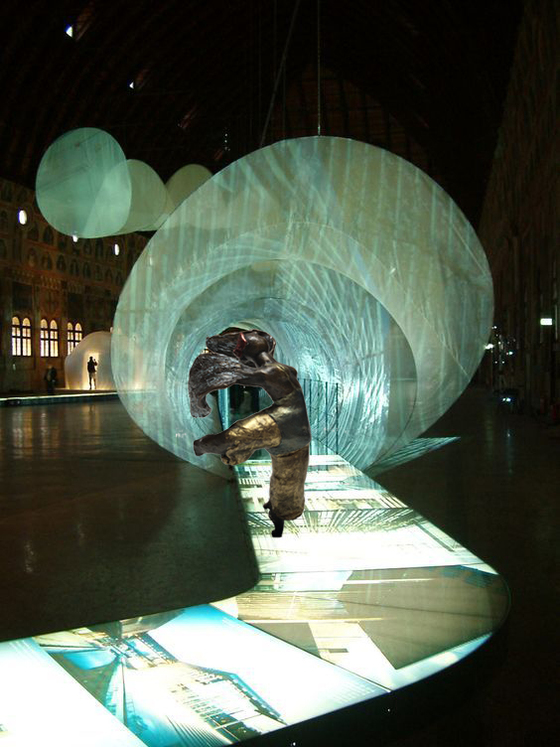 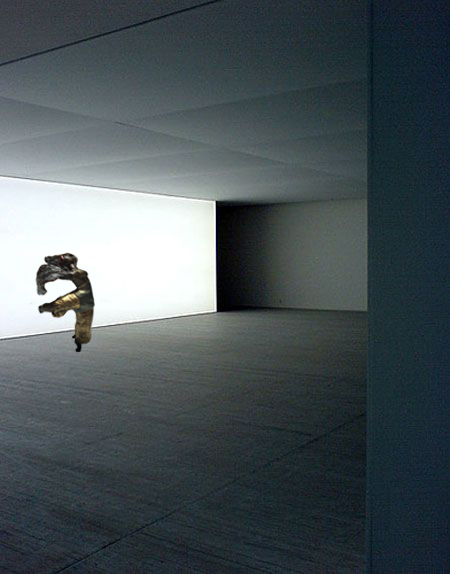 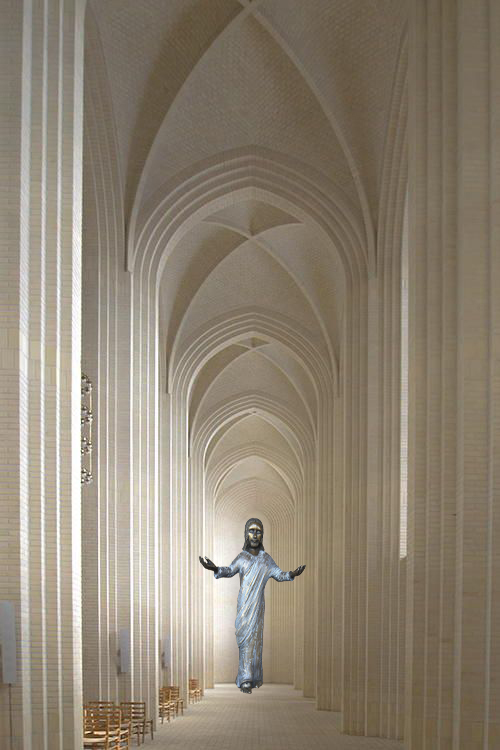 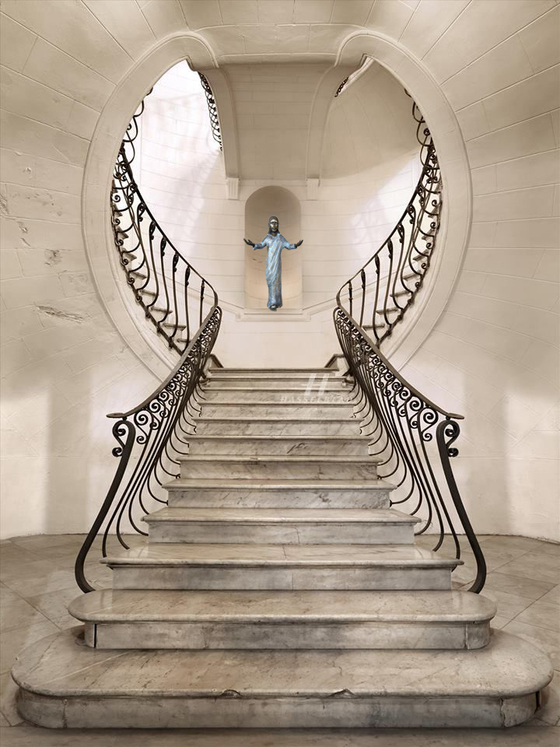 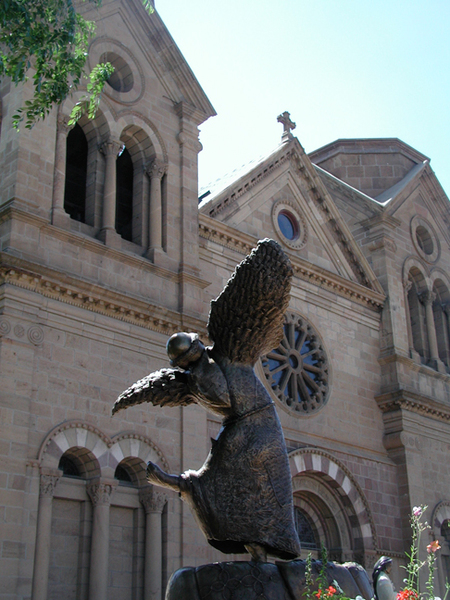 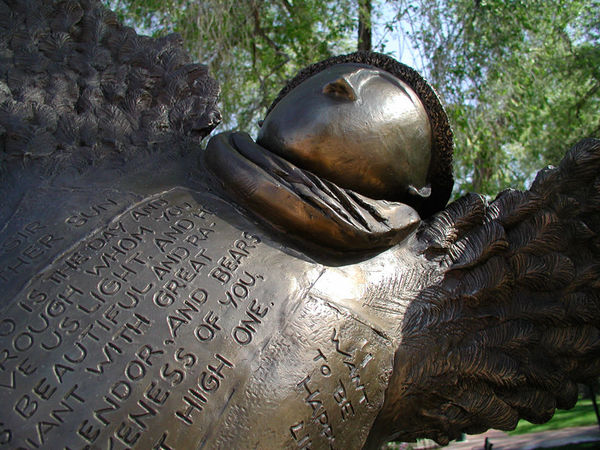 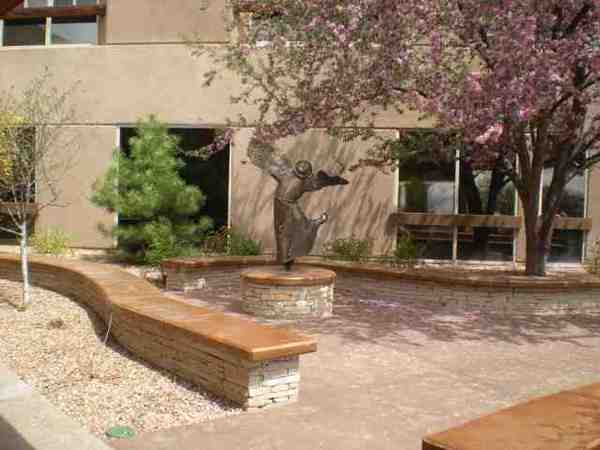 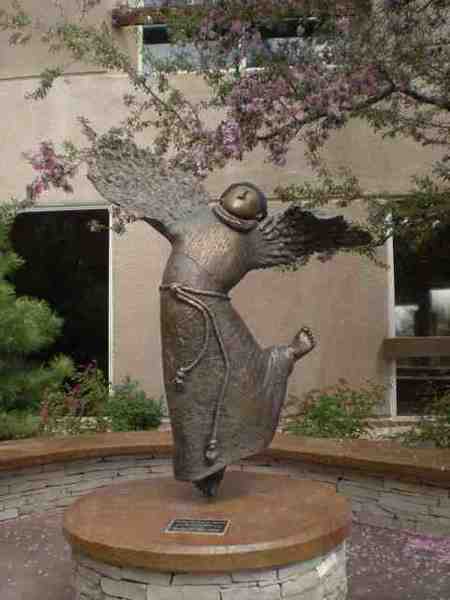 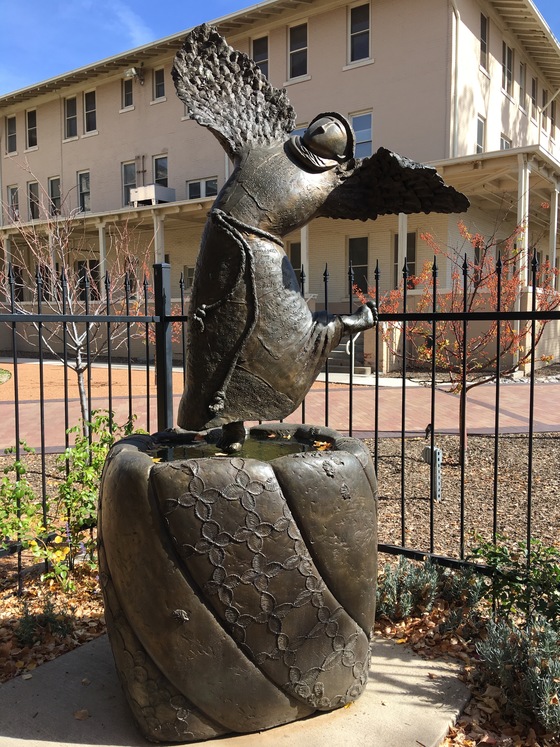 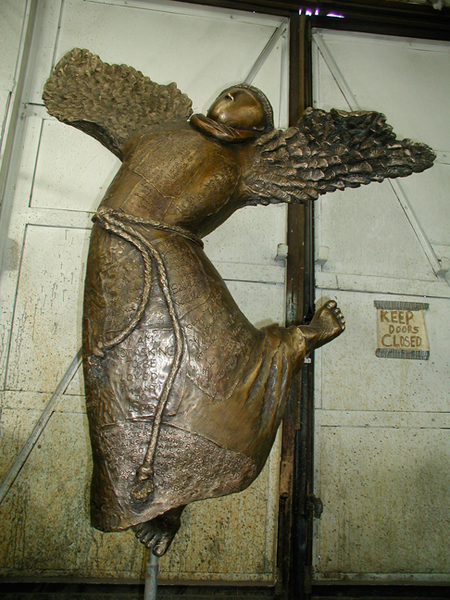 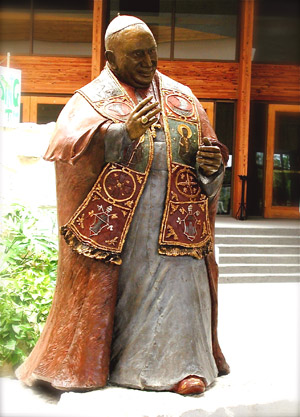 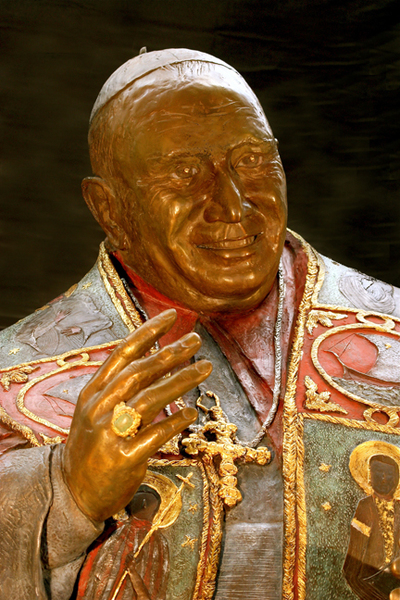 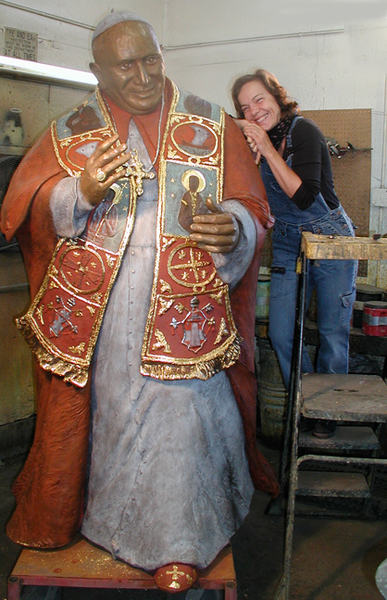 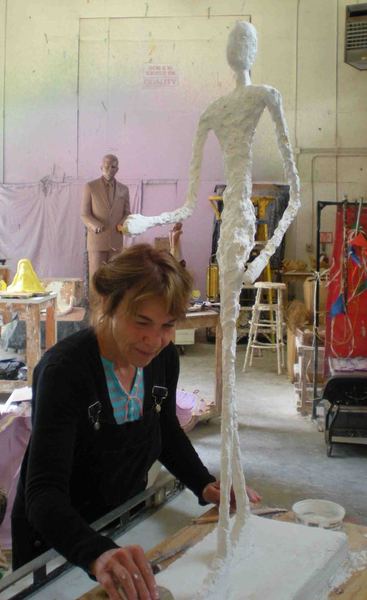 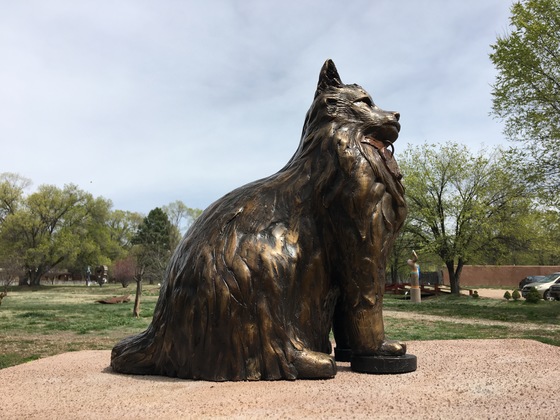 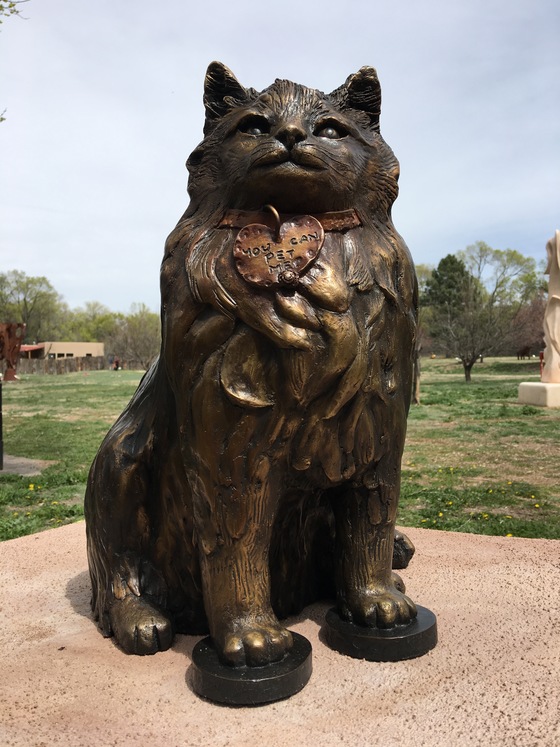 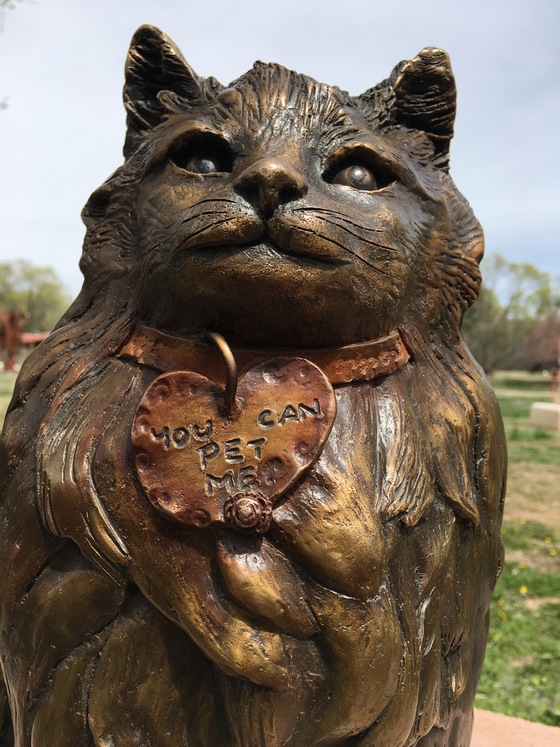 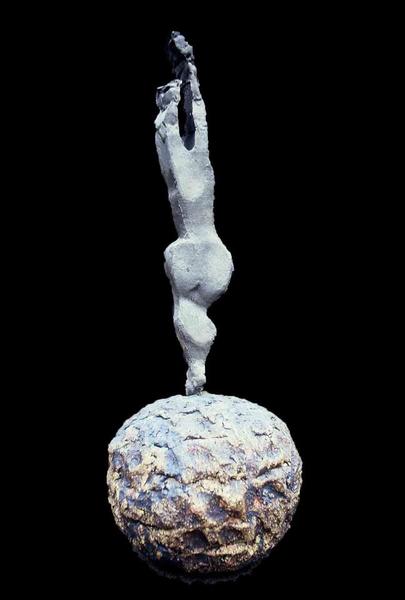 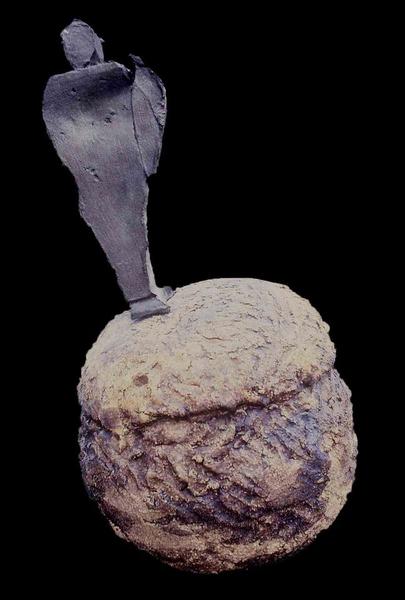 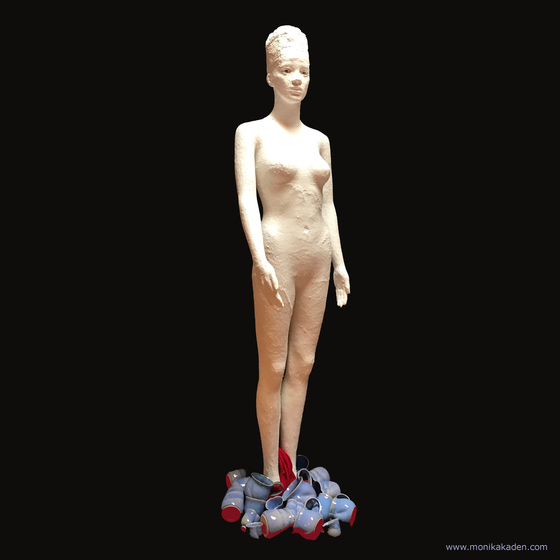